“Four decades in any business is something to be celebrated, however being part of a firm that has put people first for 40 years feels more like an honor than an achievement,” said Mark Harms, Chief Executive Officer of SCI Engineering, Inc. Founded in 1978, SCI Engineering is now celebrating its 40th Anniversary. The firm was originally established as Soil Consultants Inc. After adding several new disciplines through­out the 1980s and 1990s, the company name was changed. By that time, SCI not only provided Geotechnical and Construction Services, but had expanded its menu of expertise to include Environmental, Natural Resources and Cultural/Archaeological Services.

“The decision to diversify came from our clients’ needs,” said Trey Coad, Vice President at SCI. “Our business became more dynamic because it revolved around our philosophy of taking care of our clients by providing them with exactly what they need to make their projects successful.”

Diversity does not only apply to the services offered by SCI, but it also applies to the market segments they serve. “It is because we work in a variety of markets that include residential, healthcare, commercial/retail, urban redevelop­ment, education, federal/government, industrial/manufac­turing, energy and transportation, that we have been able to weather the economic downturns which have occurred over the years,” added Scott Harding, President of SCI. “It’s also the reason why our staff is so experienced. They’ve obtained great skills and know-how by completing a variety of projects for a broad spectrum of clients.” Over the years, SCI has been honored with numerous awards including; “Service Employer of the Year” from the City of St. Charles, the “World Class Customer Satisfaction” award from the Better Business Bureau, and was named one of the “Fastest Growing Engineering Firms” by the St. Louis Business Journal.

“As a team, we have accomplished a great deal,” said Harms, “and I think teamwork is the very reason our company has been able to reach this important milestone.”

Tony Kreutz, Executive Vice President at SCI, believes that the company’s longevity is due to the respectful, family-oriented culture of the organization and the strong client relationships that have been built over time. “Our clients aren’t simply our clients, they are our friends. They became our friends because they realized that when we take on their projects, we are always working to make them successful. Mutual success is what makes a project go from good to great, and everyone on our team likes to work on great projects.”

Pride, creativity, a collaborative spirit and a dedication to excellence seem to be the common denominators when it comes to describing the people who work for SCI. “I started at SCI as a technician and was able to grow with the company because our owners and my fellow employees really care about the personal and professional growth of one another. Everyone treats each another with respect,” said Michael Hartoin, SCI Vice President.

Edwin Grimmer, SCI Vice President, agreed adding, “It is our people that have allowed us to grow from a small opera­tion, that started in a garage, to a business that now employs o

ver 150 people in seven offices across the country.” Those seven offices are located in St. Charles, Rolla and Union, Missouri; O’Fallon, Illinois; Denver, Colorado; and Austin and San Antonio, Texas. Some may wonder what we can expect to see from SCI over the next 40 years. “Continued geographical expansion is what excites us most,” said Dave Nolan, SCI Vice President. “It is what will help SCI continue to grow and to ultimately fulfill our true potential as a company.” “As we continue to expand, I most look forward toward expanding our SCI family,” said SCI Vice President Shawnna Erter. “Family values have been our guiding principle from the start, and we are so proud SCI is a place where people enjoy coming to work each day.” 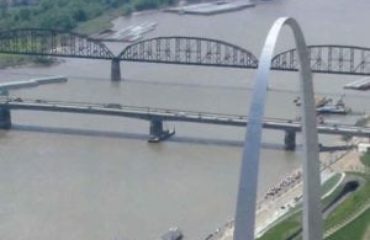 Safe and Sound from the Top to the Ground 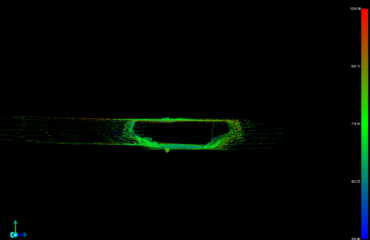