SCI Engineering was thrilled to host a “Concrete Day” program for a group of campers from the 2018 Society of American Military Engineers STEM Engineering & Construction Camp.  The program, held at Scott Air Force Base, invites students to participate in hands-on, engineering activities in a competitive environment that promotes teamwork, leadership, project management and problem solving. Scott Air Force Base is the most recent addition to a long list of military installations that support this SAME camp, which has been held annually for over 30 years across the country.

Early on a Tuesday morning, 40 inquisitive teenagers were welcomed to the O’Fallon, Illinois office by SCI president Scott Harding. As they gathered into four teams, camp cheers and their competitive spirit filled the air. Excited for the opportunity to get their hands dirty, the students first carefully listened to SCI’s construction field manager Mike Lajoye for instructions and had a question and answer session with him. The real excitement began when the gloves went on and the mixing began. Throughout the morning, the students were instructed about Construction Materials Testing as a whole and guided through the process of how to make concrete cylinders.

The contest between the four groups of students heated up the following Saturday when campers came back to SCI and invaded the laboratory area. There they worked with construction technician Mike Coleman to break concrete cylinders they had made to see which group made the strongest batch of concrete. Crushing the competition, the Alpha Flight team took first place and pleasantly surprised our engineers with the outstanding quality of the mix they had produced.

The experience was a wonderful collaboration between professionals and students and a good time was had by all. 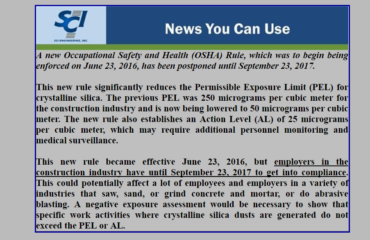 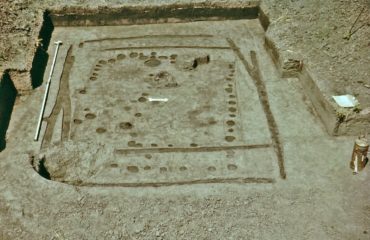